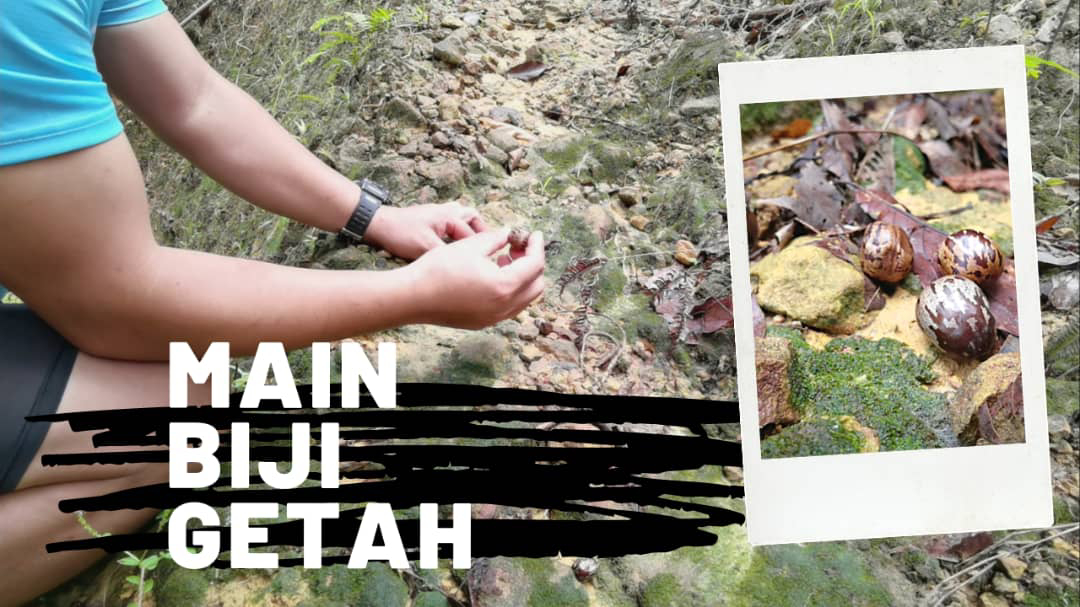 If you were born in 80's or 90's , then you should know this. When i was in primary school back in mid 90's i used to collect "Biji Getah" besides the road and bring to the school either to sell it or to-so called 'gamble' fight my friends.
Some of you might don't know what is 'Biji Getah'. Let us have a closer look:

This is Biji Getah or Rubber Seed
For us, this was our version of Toys"R"Us , where most of the kids back then during my era will play the game during early morning, during recess or after school. It was only for fun or during certain time, it could be a very serious game like a championship where, the last standing with his (or her 😁) rubber seeds after few fights and the rubber seed not cracked will be announced as the winner. Even though, there were no prizes but to be the champion for the championship, it is something to be proud if.

Popular posts from this blog

September 01, 2020
When talking about waterfall in Tambunan, usually we will say, " Oh, Mahua Waterfall". Mahua Waterfall is indeed beautiful and surrounded by pristine nature. Have you ever heard about Kitomoling Waterfall (s)? If yes, good.. If no, then it is the time for you to explore!  Photo: Entrance to Kitomoling Waterfall Kitomoling Waterfall is located just in the heart of the Crocker Range Tambunan, near Gunung Alab Restaurant, about 60KM from Donggongon, Penampang ( via Penampang - Tambunan road). Kitomoling 'Waterfalls' would be more easy to tell you because you will be expecting more than one waterfall. I was told by a friend that there are so many unexplored waterfalls along the river, but let us go straight to the points, the 3 Kitomoling's Waterfall. Please do not go further to find the other waterfalls because you might be lost in the middle of the rainforest. There is no proper trail to go to the other waterfall other than this 3 waterfalls where this w
1 comment
Read more

August 12, 2020
Adidas Kampung is a generic name for cheap black rubber shoes that can be found in local outlets in Sabah. Being made 100% out of rubber, they are waterproof, easy to dry, and thus ideal for trekking in tropical weather. They gained attention when they were featured as having been used by local climbers to win  Mount Kinabalu International Climbathon held in Sabah. Adidas Kampung is up for anything. They are shoes for jungle hiking. Great footwear for tropical water paddling and they make excellent tropical shoes for river crossing and general camp wear. Why is this shoe called Adidas Kampung? Its similarities to the famed stripes on Adidas shoes earned it the moniker Adidas Kampung, or the Village Adidas. In the Borneo Jungle especially in Sabah, crossing rivers and being drenched by constant rain makes any pair of our normal shoes a nightmare to walk in. This shoes is a very basic footwear but very comfortable. Most of the local communities in the rural areas use this shoes as daily
Post a Comment
Read more